Carnival is this week, from Friday night to next Wednesday afternoon (Ash Wednesday), ringing in the start of Lent. Even small frontier towns like mine (Canarana, population 17K) have epic throw downs that take over life for the entire week – music, dancing, food, drinks and mini parades weaving through the entire shebang put on by local groups known as “blocos.” This is a scene from the edge of the outdoor dancefloor at Saturday night’s festivities.

More precisely, I am in Canarana, Mato Grosso, an ag town on the border between the southeast Amazon forest and Brazil’s cerrado (tropical grassland system, pronounced say-ha-dough). Oooooh, embedded google maps! (This only worked on my browser after I refreshed, FYI.)

You can also see from the map that this is an area with tons of land-use/land-cover change. Lots o’ agriculture. Lots o’ opportunity to study its impacts on the Amazon!

All that being said, I’m primarily just thanking my lucky stars that I got here without losing either (a) any luggage or (b) my sense of what day of the week it is (though the second is debatable).

On Wednesday, Charlotte and Kristen, two amazing friends from my cohort at UMN, helped me pack up the ridiculous amount of science stuff that I carted down here into a few bags, with David tagging in for the last half of the packing and for the critical transfer of stuff from Living Room to Airport. 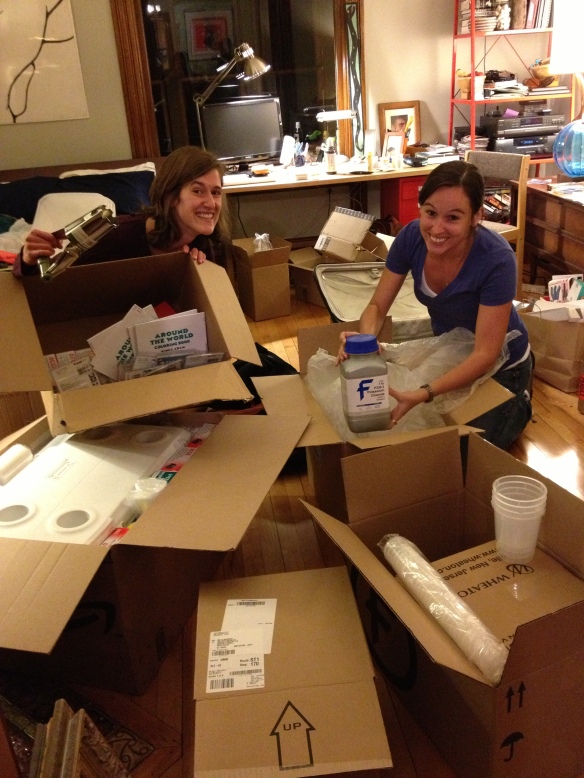 After a crazy Thursday and Friday of getting all the last details in order (“Where is the Neosporin???”), I left Minneapolis at 4 pm on Friday, get routed through Atlanta and then down to Brasilia overnight. So far so good!

Next up: getting from Brasilia to Canarana, which involves getting through customs, finding a cab, getting to the bus station, waiting there for 10 hours, and then catching an overnight bus at 7 pm on Saturday so that I arrive into Canarana at 10 am on Sunday. All while hopefully making liberal use of the phrase “só falo um pouco de português” (I only speak a little Portuguese) and hoping that folks take pity on me. Since Brazilians are basically the nicest humans on earth, this strategy actually worked!

The Brasilia Terminal Rodoviária (bus depot), where I spent most of Saturday:

My five (!) epically huge bags, ready to get safely on the bus and trundle into the heart of Mato Grosso:

And now I’m here! Good times! My friend Paul from Woods Hole is here too, to make sure that I get off to a good start and to help out with some other projects. Plus I’m excited to see the friends that I made this summer when I was visiting to plan things out. Things are officially happening!

When we’re in town (i.e. Canarana), I’ll be staying at a hotel that has internet and I’ll be relatively on the grid. This’ll be weekends, mostly. During the week I’ll be in the field, which often has internet too, though it’s a lot slower, so not skype-able. Though hopefully tomorrow I’ll pick up a local cell phone so I can text back and forth to the US!

We’re leaving for the field sometime tomorrow morning. This week is going to be all about setting up the equipment that I brought down, troubleshooting the things that I only sort of have a plan for, and testing out the methods. I’m also hoping to do a quick trial where I take soil temperature measurements every 90 minutes or so in the shaded forest and the open fields so that I have a good baseline idea of what time of day we should be sampling during to get the best temperature representation. Data! Plus that’s exciting since it involves actually writing stuff down and whatnot – a good way to test out the systems I’m going to put into place, like what notebook I bring with me, how I’m going to transfer the data and documentation to the laptop I brought in an organized fashion and where the different supplies that I’ll use most often are going to live. And I’ll get to make a pretty graph at the end!

I am zonked, so off to bed for me. Night! 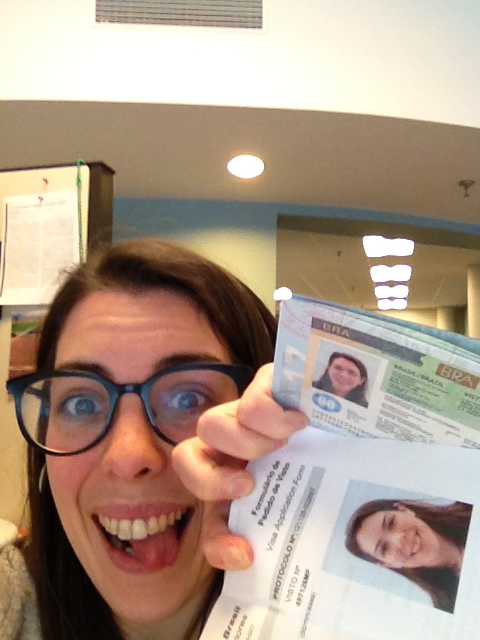 My Brazilian research visa is here! I’m now officially street legal to get my research on!